Signed prints by Jina Wallwork, The Seated Demon and Albert Dock, were included in Papergirl Linz. The Papergirl concept originated in Berlin. It consists of an exhibition and then the work is distributed through U.S. style papergirls and paperboys. A video of the exhibition can be found at http://www.dorftv.at/videos/dorf-tv-redaktion/8949

A list of participating artist can be found at http://papergirllinz.tumblr.com/artists 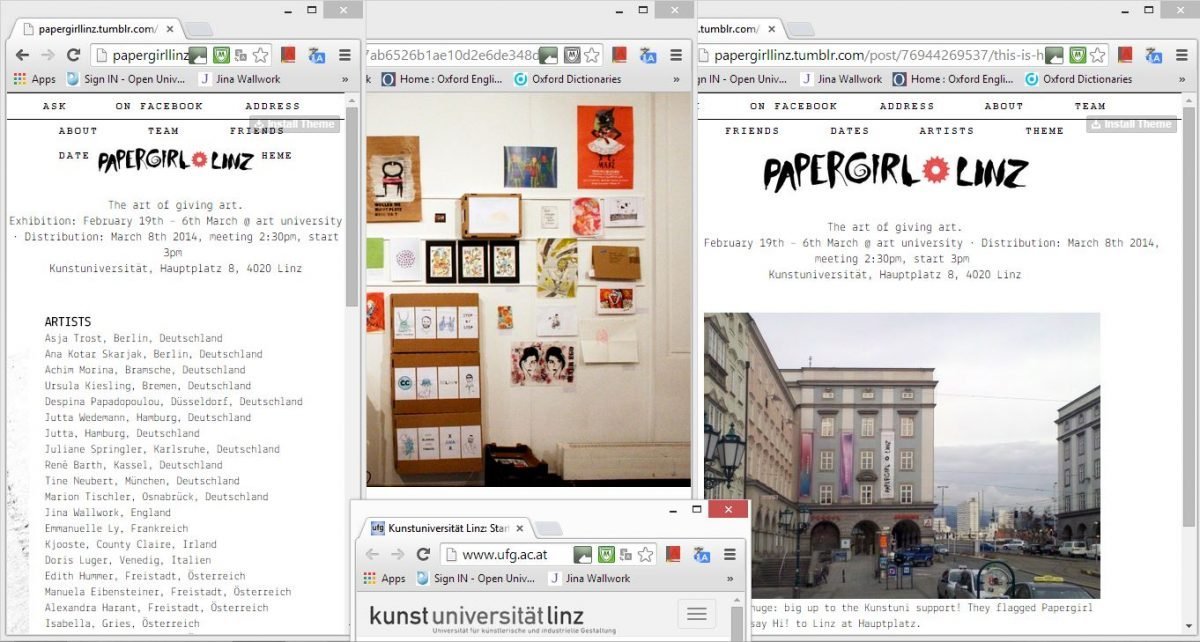