Signed prints of Albert Dock, The Next Move , Athlete Wrestling with a Python, The Seated Demon, Carrying the Light and Holding Back the Tide, were included in Papergirl Vancouver. The Papergirl concept originated in Berlin. One of Jina’s artworks was exhibited and then all of these signed digital prints were distributed through U.S. style papergirls and paperboys. 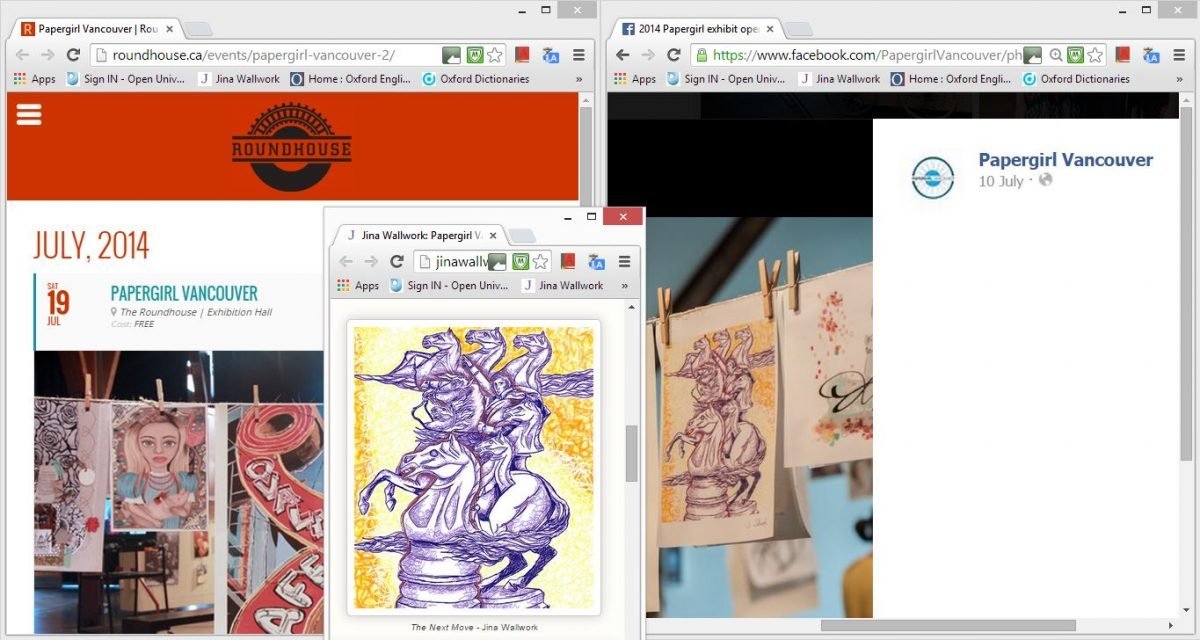